Alberto, Paolo and Andrea Chiesi winners of the “Entrepreneur of the year 2015” Award 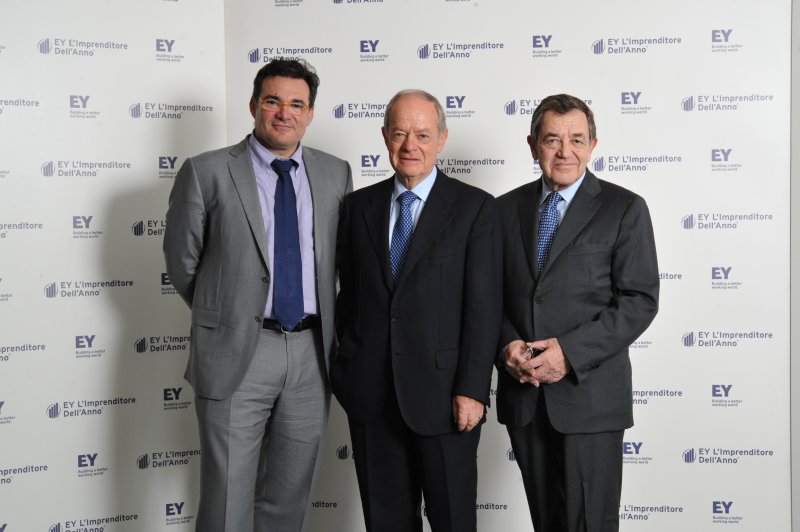 Alberto, Paolo and Andrea Chiesi are the National winners of the EY “ L’Imprenditore dell’Anno 2015”  Award. The prestigious recognition, promoted by EY-Ernst & Young and sponsored by Azimut Wealth Management, is now at its 19th edition. The Award is dedicated to entrepreneurs, that for at least three years, are heading companies with a turnover equal or superior to 25 million euro. The award ceremony took place several days ago at Palazzo Mezzanotte which is the head quarter  of the Milan stock exchange.

EY-Ernst & Young has conferred the recognition for the following reason: “ Having reached successful results, both on the Italian and International market, by offering excellent products, at the same time reserving a privileged role to research, development and  innovation, and counting on a keen spirit of collaboration, that the derives from a strong family bond”.

“This Award, received in the year in which we celebrate the 80thanniversary  of our company, makes us very proud  - said Alberto Chiesi – and has for us a double meaning: It is an ulterior confirmation that we are on the right track, despite of the changes and challenges that the company has had to deal with up until now and that our collaborators are people of value.” Furthermore, he added: “ Teamwork is part of  our modus operandi and  thus part of our success and it is with our team that we want to share this recognition.”

Besides this important Award, Alberto, Paolo and Andrea Chiesi have also received the recognition in the “Healthcare & Life Sciences” category.

The award “L’imprenditore dell’anno”, born in the US 1986, celebrates those entrepreneurs that with cleverness and perseverance have created and sustained with success the growth of their company. In the  past edition the Italian award has been conferred  to keen entrepreneurs such as Oscar Farinetti (President of Eataly), Alessandro Benetton (Vice President of  Benetton Group), Andrea Illy (CEO of Illycaffè) and  Mario Moretti Polegato, (President of GEOX International).

Alberto Chiesi,  like all the national champions before him, will represent Italy at the Montecarlo EY Entrepreneur of the Year Award, award dedicated to the winners of more than 60 countries that this years will run for the world  “Entrepreneur of the year” award.